The cover of Bibby's Annual for 1916 shows a startlingly scarlet, and sorrowfully tattered, rider. 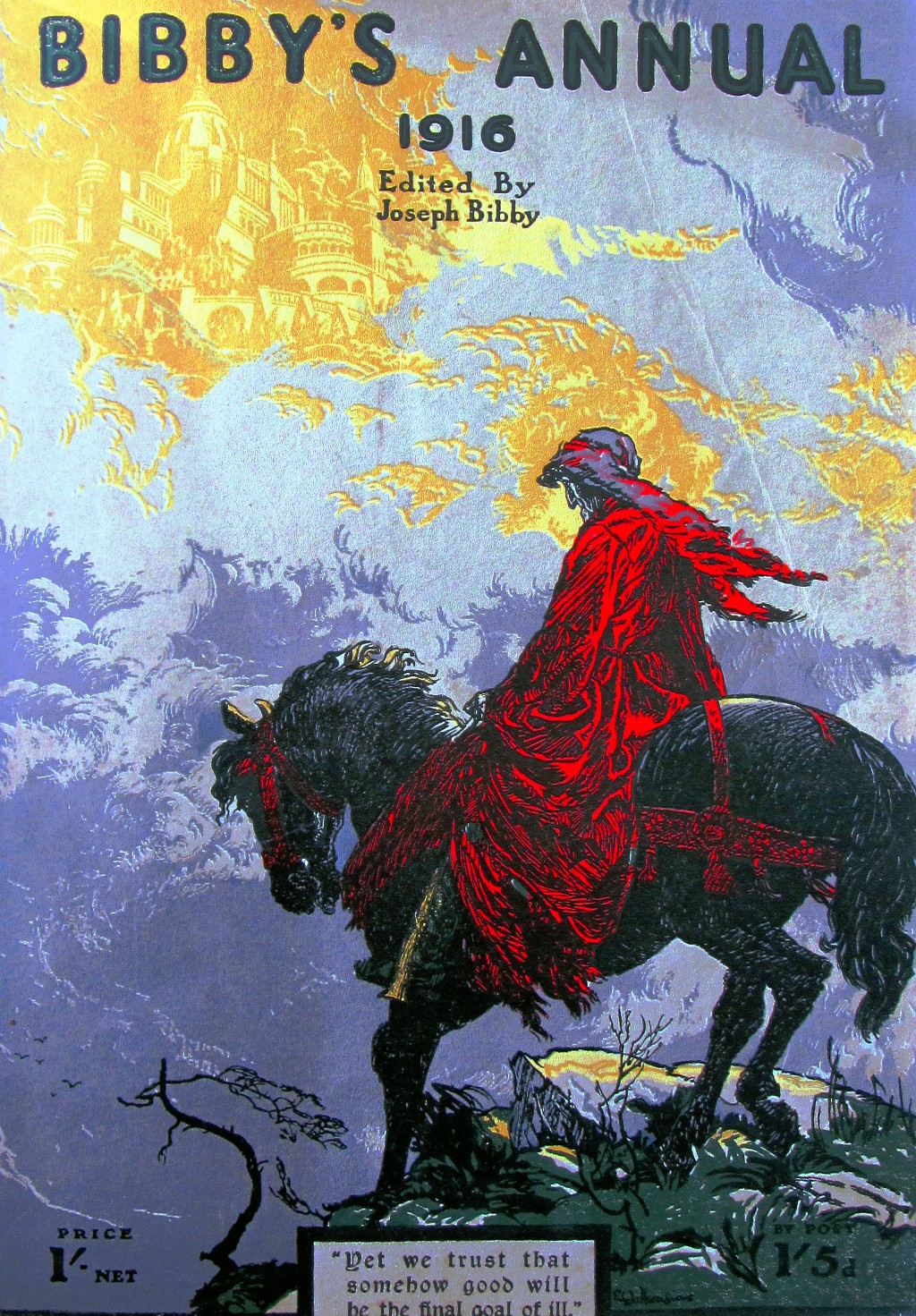 Some of the war-wounded, on the roof of the King George's Hospital, London. Apart from one or two who look as if they'd be comfortable with nineteenth century moustaches, it's a picture which could have been taken maybe twenty, not a whole hundred, years ago. 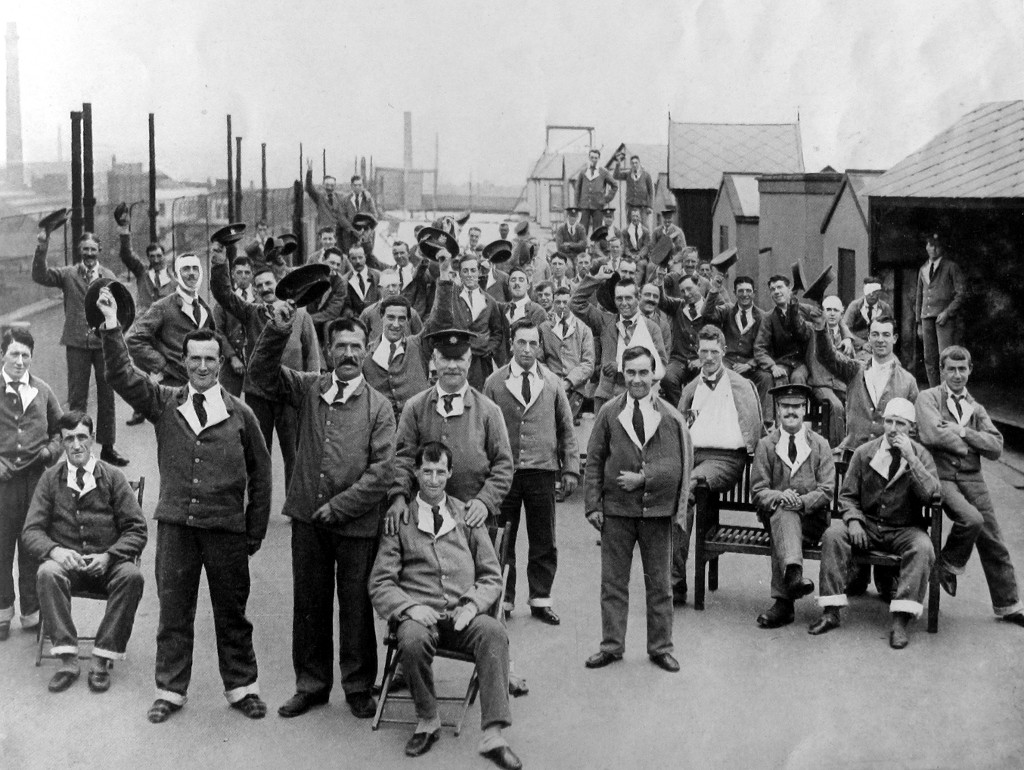 The way we thought of the Kaiser just before the war, well, that had altered a bit. Still up front with the fact that the lad below was the grandson of the recently departed dear old Queen though. It's pointed out that this is from a photograph taken, when visiting his grandmother, Queen Victoria, about 50 (now almost 150) years ago - by J Russell & Sons. Bear in mind that this is the period when our royals felt it politic to alter their family name from Battenberg to Mountbatten. 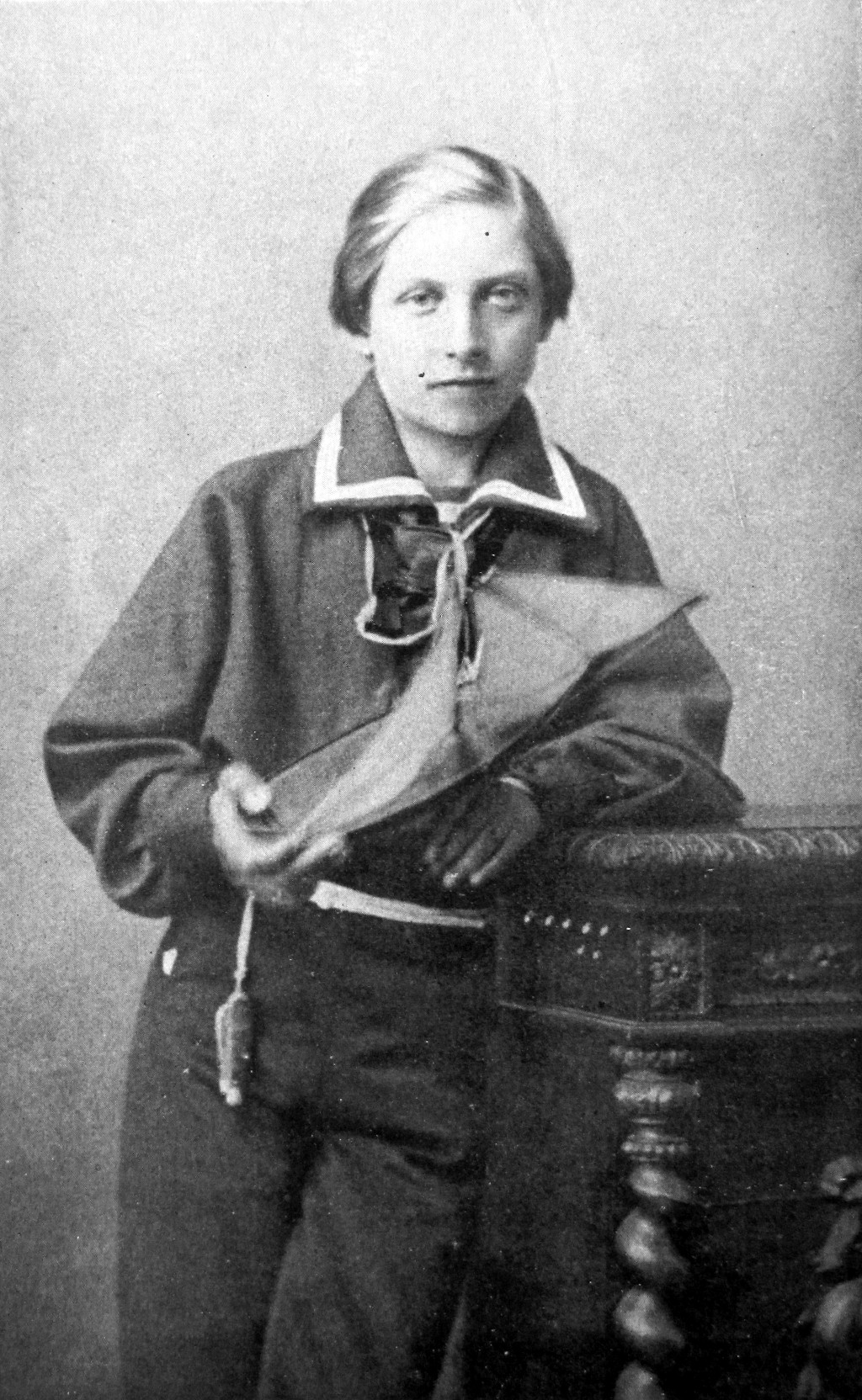 The German Emperor as a Boy

Knowing what he has become, we print this photograph to remind ourselves of what the Emperor William II once was. This was not a bad sort of boy; one can look at his picture and affirm that he possessed about the average proportion of inherited seeds of good and evil. But he fell into an environment that stimulated the growth of vanity and self-will and the lust of power, which is vulgarly known as "swelled head." What is worse, he has apparently infected a whole nation with the same disease. "There are other people's interests which ought to be considered along with our own" is an idea which apparently has not entered his mind. His attitude towards other peoples is not the one which asks how I may be of helpful service, which all experience shows to be the right method, but how they may be made to serve my own interests, or the interests of my class, or my nation. The result of this self-seeking attitude of mind in one who was born to so great a position, lies before us in the condition of Europe to-day. But we shall do well to note the fact that the same law is operative in social as in national life. We cannot too often remind ourselves that advancement can only be rightly won by developing our powers and putting them freely at the service of our fellows.

But the real kicker is the photograph, in the 1917 Annual, of three of Joseph Bibby's four surviving sons: 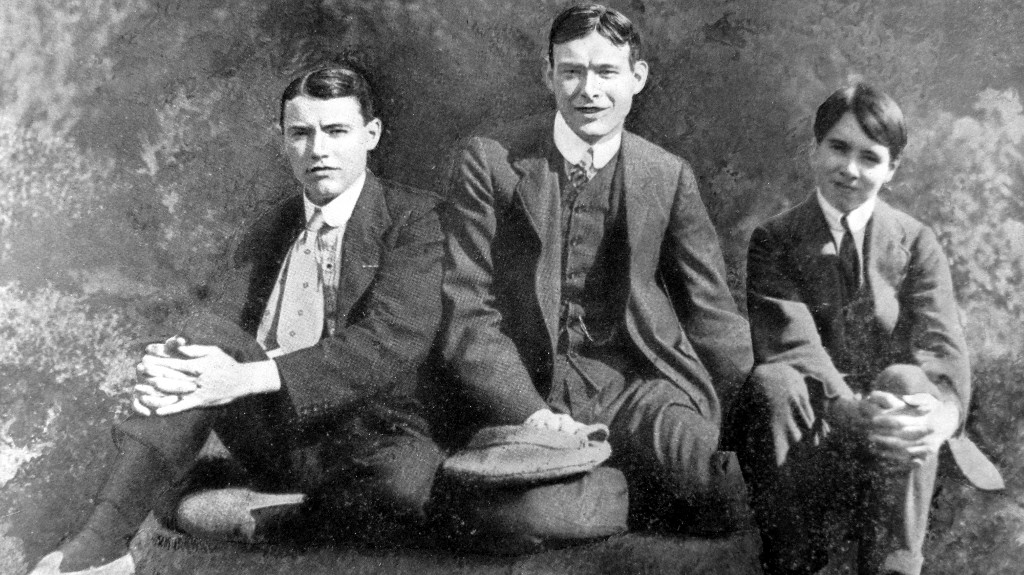 The "Three Soldier Brothers" are the sons of the Editor of Bibby’s Annual who, in the early days of the War, freely renounced a comfortable home and pleasant surroundings, for the hard life of a private in a Service Battalion. The one on the left and the one in the centre of the photograph have both made the Supreme Sacrifice; the body of one lies in a neatly-kept grave in France, but the elder has found no burial, as if to remind us, whose eyes are holden, that the earthly parts are of no account, and that the brave departed are not among the dead, but among the living. The boy on the right, who left school to join the Colours, is now discharged from the Army in consequence of serious wounds. For none of these lads had soldiering, as a profession, any attraction. The two who have been taken from us, were just entering upon a life of useful constructive work, when the Country's need called for helpers to defend the cause of Justice and Humanity. Yielding to the compulsion of duty, these youths were transformed from peace-loving citizens into brave and efficient soldiers. With them we know that all is well. The regrets, the sense of loss, the vacancies in the family circle that will be filled no more, are ours, not theirs. What they gave, they have. Some Seers of the Theosophical Society affirm with confidence that those who have sacrificed their lives in this mighty conflict will soon - and more quickly than usual - return once again to the sphere of physical life, in order to help in the building up of a civilisation founded on service, and in which the dominant note will be self-renunciation. Be that as it may, of this we are assured - that the countless thousands who have given themselves for others have chosen the nobler part, and by their death have raised our ideals, and given an inspiration to the race. It is for our rulers, and those of us at home, to see to it that the cause for which they suffered shall not be betrayed, and that such a peace shall be secured as shall render impossible a repetition of the horrors and calculated cruelties of this desolating War.