A Centenary of Flood

Nine images of Norwich, flooded in 1912, and shown in The Graphic on Saturday September 7, are labelled thus:

The Flood — which swamped Norwich 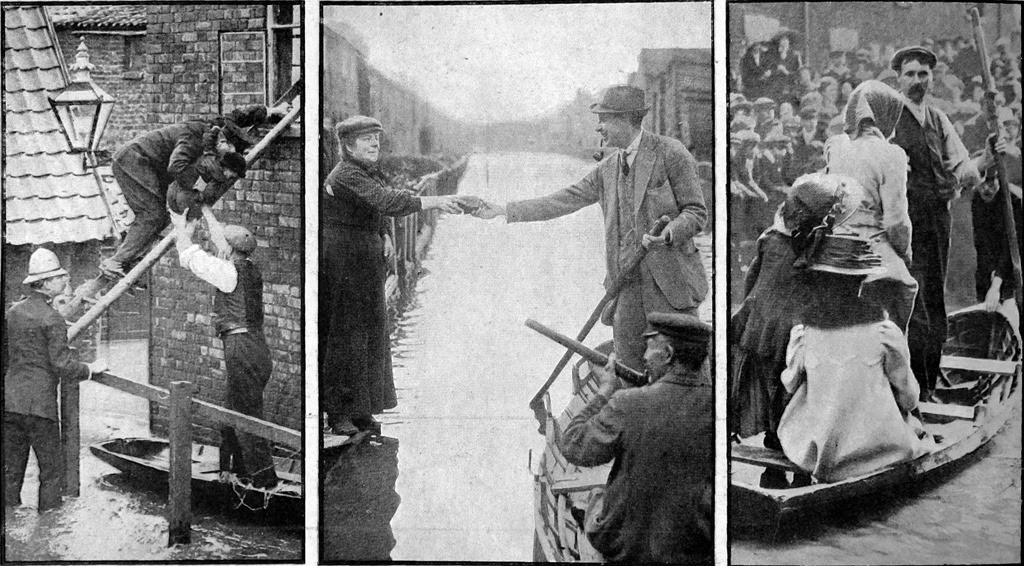 Making the best of it
Norwich was literally swamped by floods last week, the water being thirteen feet deep in some parts of the town and the streets being converted into angry torrents. For twenty-four hours the town was completely isolated – no fewer than forty bridges and culverts having been swept away – and fifteen thousand persons were driven from their homes or sustained damage to their property. The police organised a special service of boats and carts for rescue work.
Away from Norwich:

Where Jonas Hanway could not help us: August Flood scenes in town and country
And who on earth was Jonas Hanway, and what's he got to do with it? Nothing really. It's just journalism at it again, looking for any tenuous connection to hand. Apparently, the first Englishman to sport an umbrella was born in 1712 - so this makes 1912 the 'two-hundredth anniversary of the umbrella'. Tada. And now it's the three hundredth, again marked by unusually heavy flood weather. Well, it's an anniversary of sorts. A bit of a stretch though.

St Neots, one of the worst hit places, made the cover. 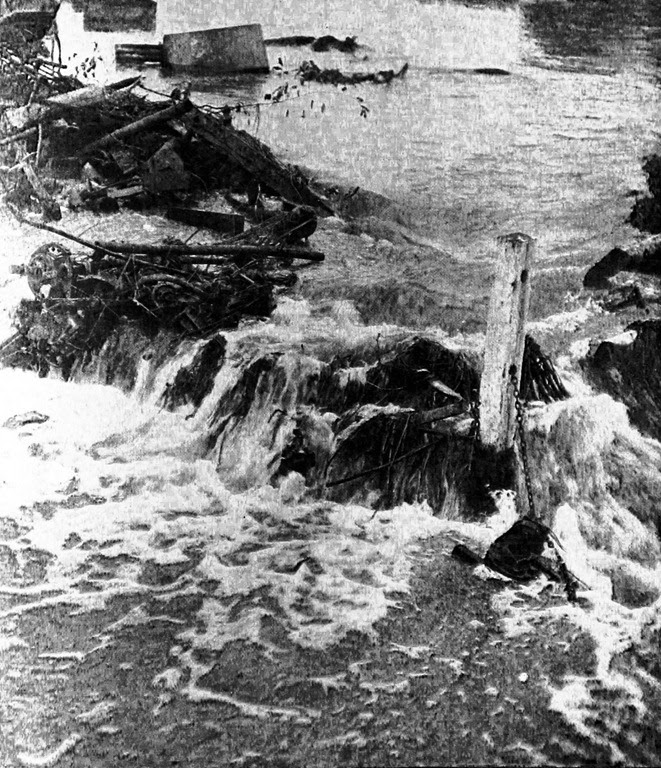